Grabbed the BtS shots at the last second when it occurred to me to do  BLOG... ugh - should have done a VLOG!

A  Light Tube - specifically a $45 LUXCEO RGB "Portable Wand"... I had been looking at various ones for a while and they were just honestly expensive for what I saw their usefulness as. Jump to Christmas and I have a $50 Amazon gift card - and I happen to see a YouTube video reviewing this little $45 Light Tube... so I bought one...

So I decide I need to do the one thing that a Light Tube seems to be born to do... Swing around during a nice long shutter drag to create patterns.

Let's start with The Setup:

Monster on Plexi Platform held up by two boxes...

Light Tube behind Plexi - and it gets swung around back there sometimes up and down and sometimes pivoted from a center point...

Small panel light wearing a grid off to camera left but REALLY close to monster to add a little fill...

Camera on TriPod and Remote Trigger activated - wearing a series of ND Filters -One 8 Stop ND, One 4 Stop ND, and one Graduated 4 Stop ND (I'll get to the details on that shortly) ... 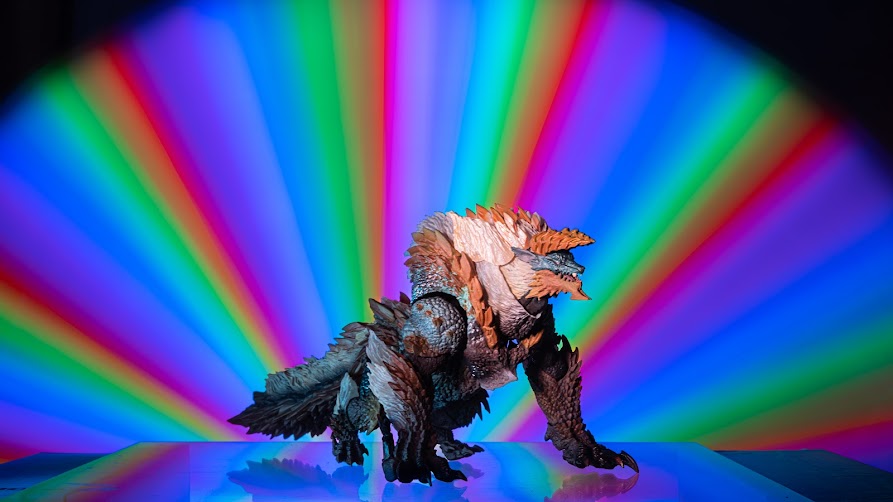 The basic setup in the photo above explains pretty much everything from an equipment and setup perspective...

Then came the Light Tube - I tried dragging from above to below but I REALLY liked it once I tried planting it dead center and pivoting it from one side to the other...

I started with the 8 and 4 Stop NDs stacked (and about a 4 second exposure) - all good on basic exposure and the light tube looked cool in the final exposure EXCEPT the bottom/center pivot point (from bottom to about 1/4 of the way up) was always blown out because it was effectively exposed the entire time...

The trick I needed to work out was the ND filters - This led to the addition of the 4 Stop GRADUATED ND...... once I got that worked out I just used trial and error to work out the brightness of the LED/Fresnel...

I inserted the Graduated ND in front of the other two with the 4 STOP ND part a the bottom (to add extra ND to the lower area) and the CLEAR part at the top (so no extra ND there where the Light Tube was moving at all times)...

But still not awesome...

Then I adjusted settings to make for the same overall exposure with an 8 and 15 Second shutter to allow for a slower Tube Rotation...

Below are some of the various results and overall I'm pleased with the lessons I learned in this little exercise...

For those curious, on my Pentax K1Mii waring a Sigma 28-70 pushed into 70mm I shot the first photo at f11, ISO100, and 8 Seconds. Earlier and Later shots were 4-15 Seconds with the F-stop cranked to compensate.

THESE PHOTOS ARE NOT GOING TO BLOW YOUR SOCKS OFF...

THEY WERE JUST EXPERIMENTS FOR THE SAKE OF THE LIGHT TUBE...

BUT THEY WERE A WHOLE LOT OF FUN!!! 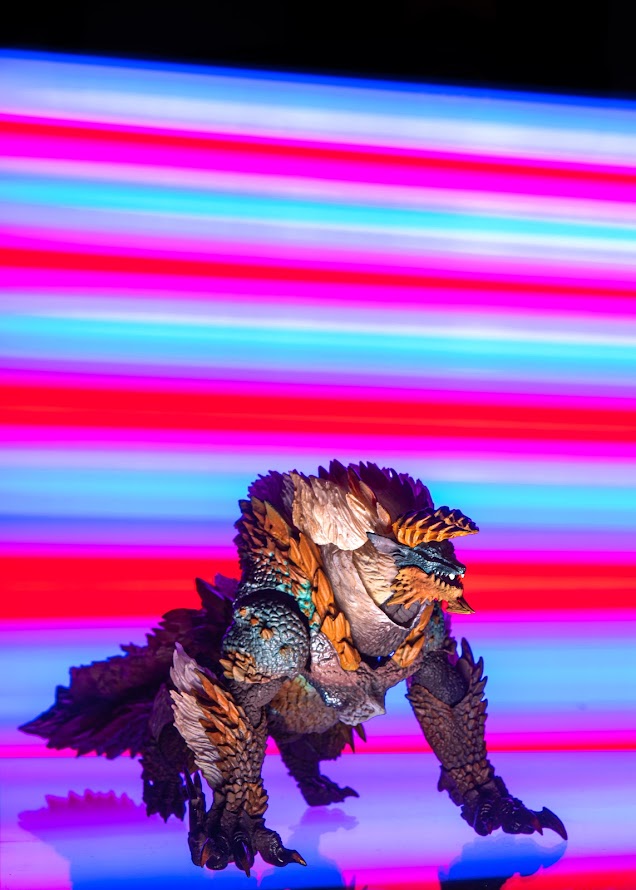 Popular posts from this blog

So a friend asked for some advice... She had been trying to get some photos of her daughter playing high school basketball and facing the eternal challenges of photography in a school gymnasium... She brought her camera and lenses over and explained that she had spent SOOOO much time on YouTube watching videos and finding that none of the tips she gleaned from them seemed to help... I decided that instead of walking her though what would likely have been her 4,738th lecture on the 'exposure triangle', I would try to distill down the relevant pieces of information she would need, and only those pieces, into something easy to remember but solid enough of a base that it could be built upon going forward... So, I decided to create a character. In my head I called him Ignatius Scardino Onofrio - I.S.O.... FYI - Scardino and Onofrio are family names from my lineage... Ignatius is just a fun name... ;) Before introducing her to Ignatius I gave her some core relevant bits on
Read more

For those of you who read my blog on "The FIXER", here are some shots my son let me setup with him of Ignatius... The goal for these shots was dark/harsh light, hard contrast - moody... And I dropped an led (some shots white and some shots red gel'd) in the camera to get the light coming from it... I put a small strip box to his left (camera right) with a grid to really focus the light but along his full height... And black v-flatz to his right (camera left) to eliminate any light bouncing back from that size... and a pop-up black backdrop behind him... And I pushed the contrast and clarity to get the hard/sharp edges of texture and light I was looking for in post... I'll drop a photo of the basic setup at the bottom of this post... Remember, don't make eye contact! ;) In my mind, this is the photo of Ignatius Scardino Onofrio - the guy you do NOT want to make eye contact with - I.S.O. - - - The other shots are James doing cozplay of Ignatius - Hence, Ignati
Read more

As if 2021 wasn't already a weird enough year, it ended with my previous blog host mysteriously disappearing... so I am in the process of posting over 130 previously published blogs never before posted here, along with new blogs, assigned by original posting date - going back several years - so make sure to checkout the "Oldies but Goodies" Blog Archive!